According to the result of investigations by the European Public Prosecutor’s Office (EPPO) in Hamburg and the Customs Investigation Office in Hanover, four persons are suspected of having formed a criminal group to smuggle high-priced motor vehicles and declaring them to the customs authorities at a falsely reduced value. They are accused of both gang and professional smuggling, and the evasion of import duties. One of the accused is additionally suspected of money laundering, in a case in which he bought a smuggled car knowing about the illegality of its importation, especially that import duties for the vehicle had been evaded. 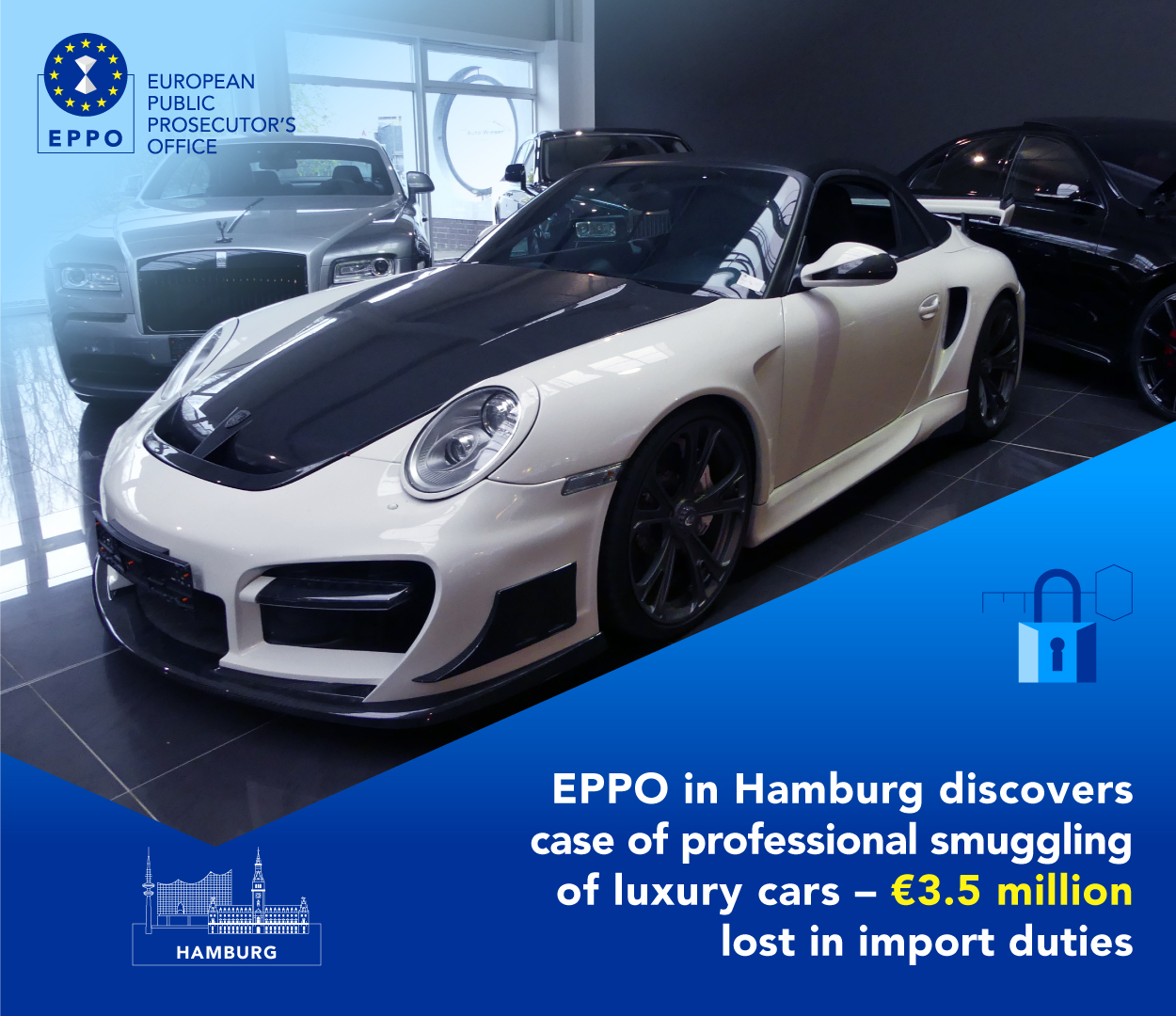 Between 2018 and September 2021, an internationally operating crime group in Germany, Estonia and the Netherlands imported more than 40 motor vehicles with a total value of approximately €14.8 million from non-EU countries (in particular Russia and in Asia) via Lithuania and the Netherlands into the EU, without paying import duties (customs duties and import tax). The group deceived the competent customs authorities in Lithuania and the Netherlands about the actual true value of the imported vehicles by declaring water or flood damage, or technical defects. Later inspections of these vehicles showed that they were not defective or damaged in any way.

The vehicles were subsequently sold by the accused at a profit, through their car dealerships.

The EPPO seized several smuggled luxury cars for a total value of almost €1 million and, based on the available evidence, 32 cases will be brought to trial.

Charges have been filed with the Osnabrück Regional Court (Große Wirtschaftsstrafkammer, Landgericht Osnabrück), which is currently examining the opening of the main proceedings.