The administrative set-up of the EPPO has been finalised and the operational phase started on 1 June 2021. 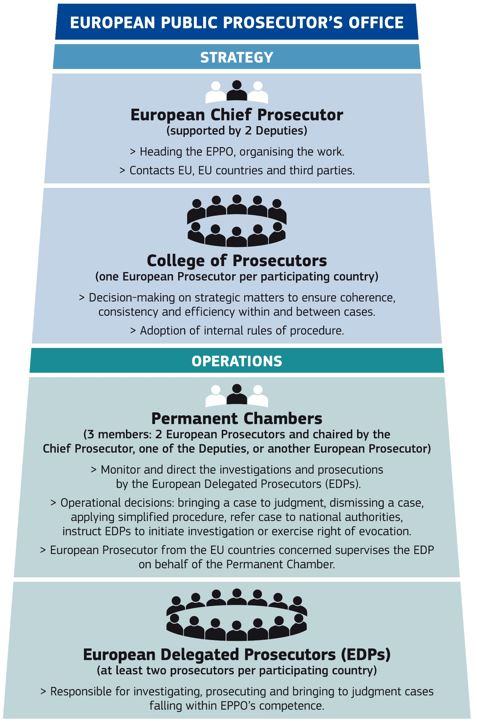 The decentralised level consists of the European Delegated Prosecutors (EDPs) in the 22 participating EU Member States. The central level supervises the investigations and prosecutions carried out by the EDPs at the national level, who operate with complete independence from their national authorities.

The procedural acts of the European Public Prosecutor’s Office are subject to judicial review by the national courts. The European Court of Justice – by way of preliminary rulings or judicial reviews of the EPPO acts – has residual powers to ensure a consistent application of EU law. 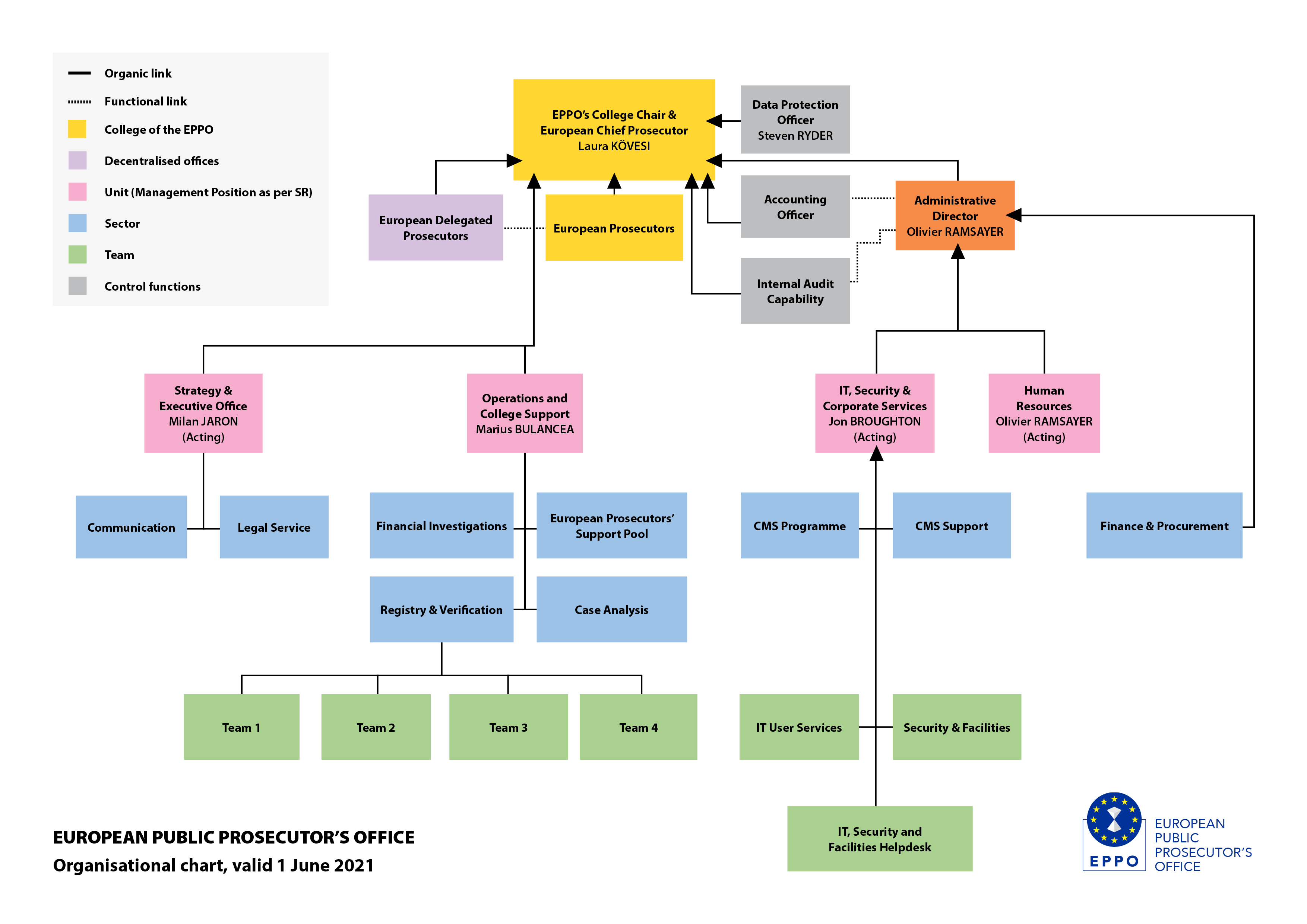